The average CCC enrollee gained twelve pounds during their service in the Corps. Their hard work developed muscle, the discipline built character and they got three square meals a day. Cooks and bakers slept in a different building or separate section of the barracks because they had to rise early to prepare breakfast for men who would be doing a full day of physical work. Enrollees were sent to schools that trained them as cooks and bakers and earned an extra $5.00 a month. 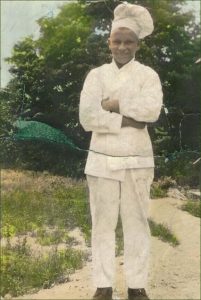 Life in the CCC camps was not all work. At night they could go to school in the camp or attend craft classes. In January, 1936 the leather craft display from Upton won first place at an exhibit at the Boston Public Library. Most camps had an educational building and arrangements were made with area schools for enrollees to attend technical classes at night. Local men often worked at the camps as instructors and advisors.

Sports were also part of camp life. There were boxing matches and team sports. In 1937 the camp team won a basketball championship as well as the Fourth District soccer championship in 1936. They placed second in the district that year for volleyball.